Z-Man took his first-ever final exam this semester. It's not what you might think. We did it "Charlotte Mason-style" even though our homeschooling style is really a combination of CM and unit studies and whatever else works. I guess that's eclectic.
The idea is to give the student a chance to show what they know, as opposed to what they don't.
Here are some of the questions:
Z-Man dictated to me as I typed. Here's one of his answers:
Monet by Z-Man

Monet was an artist. A very great one, too. Though he didn’t think so. He painted water lillies sometimes. Of course, that was when he was older. When he was younger, he wasn’t very famous. He also went to war. He didn’t like that because he got sick. I’m not sure what kind of sickness it was but when the country (France) got back in war again, he went to England so that he wouldn’t have to fight and painted there.

Of course, when he was older, he was famous. When he got older, he got a lot of money so that he could buy a garden with a pond of lillies and a japanese bridge. Of course, probably most of you know about the japanese bridge. His wife, Camille, died and he remarried a woman named Alice.

The best part of this type of exam was that we really saw how much we had covered. It was actually quite encouraging for both of us.

For those with older students, here is a great example of this type of exam for high schoolers at Harmony Art Mom.

And now, on to South America!

Valerie
I'm Valerie. I homeschool our two awesome kids and I'm so thankful to be able to learn right along with them. We love our journey MOST of the time and that's what I blog about. 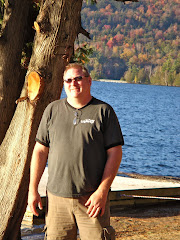